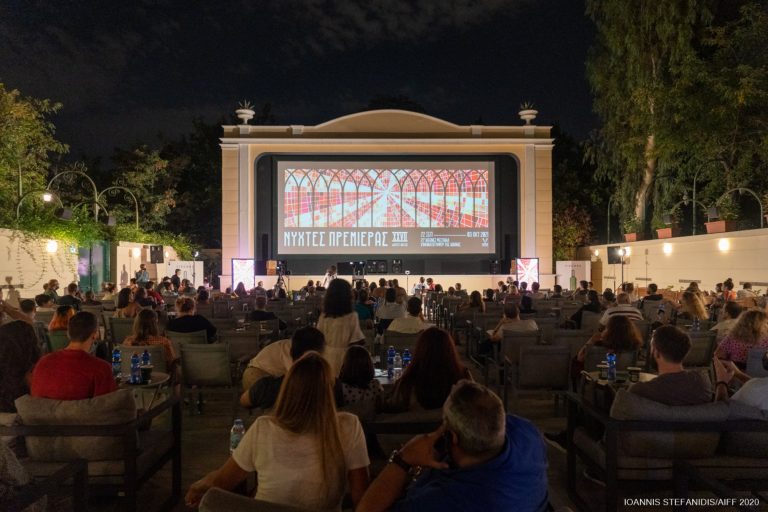 Are you the kind of person who likes to tick off the most buzzed-about movies of the season, well ahead of the pack? Or casually name-drop at dinner parties that hot indie flick you’ve just seen? If so, and you’re in Athens in late September, well done. You’ve hit the jackpot. The madly popular Athens International Film Festival – AIFF (Premiere Nights) ignites our city screens once more, signalling the unofficial start of the Athens film festival season.

Honing last year’s pandemic-adapted hybrid version, the AIFF now seems to have it all sussed. The 27th Premiere Nights programme will screen across 9 terrific live viewing venues (*see below for the inevitable Covid-related conditions for ticket holders). It will also be streamed online to reach as many film buffs as possible.

The venues are a mix of some of our favourite cinephile hangouts and arts spaces (including Danae, Cine Ideal, the Athens Concert Hall and Piraeus Municipal Theatre); as well as atmospheric open-air picture-houses such as Riviera and Lais (The Greek Film Archive).

Catch one or two films on the hop; or do like most Athenians and book ahead for festival passes. This year’s programme includes an Orson Welles tribute, an A-ha documentary, a trans cinema section and many more. Major highlights include opening night screening of Titane (2021 Palme d’Or Winner), Last Night in Soho, Edgar Wright’s (Baby Driver) new flick starring Anya Taylor-Joy (Queen’s Gambit), Wes Anderson’s The French Dispatch and probably the most anticipated movie of the year, Dennis Villeneuve’s Dune for the closing ceremony.

*To access the indoor screenings, you’ll need to be able to show either: proof of vaccination; that you’ve had Covid within the last 6 months; or have tested negative to a rapid test within 48 hours. Make sure to also take along an identity card such as your passport or driver’s licence.