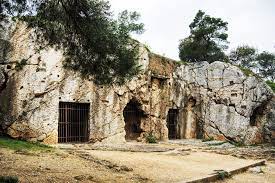 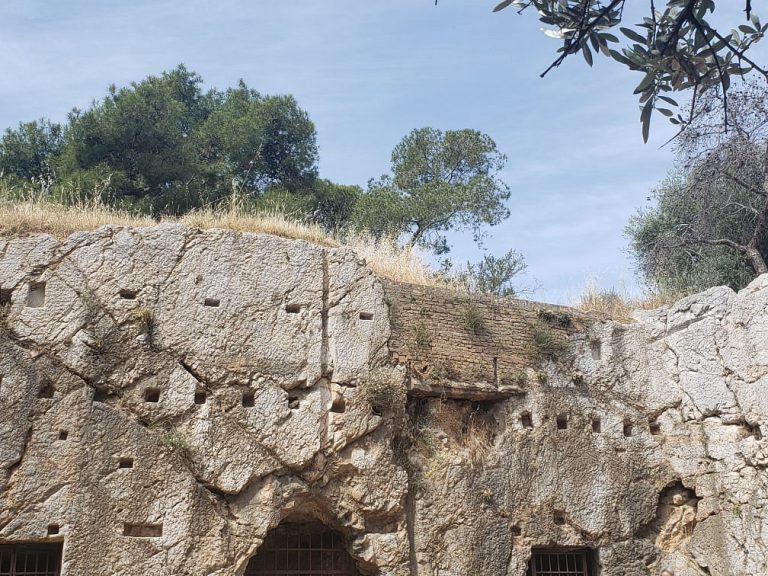 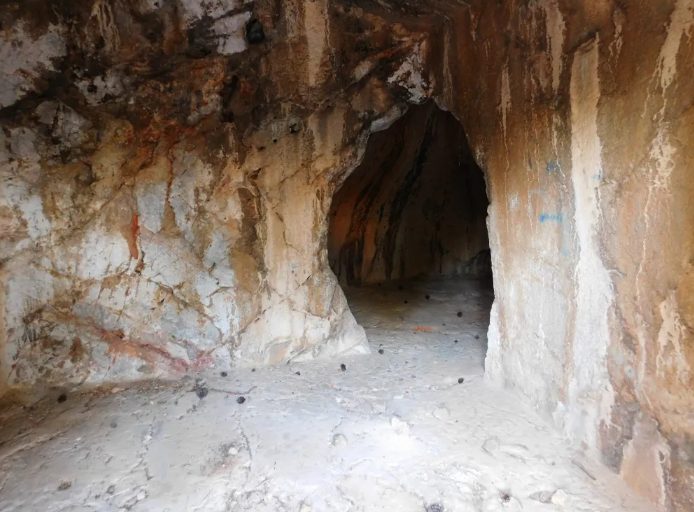 The cutting and carving of groundwork and even of whole rooms into the rock of the hills, west of the Acropolis (the Areos Pagus, the Hill of the Nymphs and the one of the Muses, and the Pnyx) on the way up to the Monument of Philopappos, is typical of the area, and demonstrates the town planning and architecture of ancient Athens. We now know that this structure, the so-called Socrates Prison, is not where the great philosopher was imprisoned and finally executed.

The impressive structure cut into the rocky slopes of the Hill of the Muses belong probably to a monumental two or three floor dwelling, as we conclude from the alignment of beam-holes on the surface of the rock. The wooden beams supported the front part of the structure, which was made of stone masonry and wood. To the exterior floor are passageways that used to connect with water channels cut into the facade of the building, and a carved stairway at the south provided communication with the higher levels of the slope. The preserved back part of the structure is a complex of three rooms, carefully cut into the bedrock, with doorways at the east and a cistern at the back. The use of the rooms is yet unknown. Its cave-like structure and its proximity to the Athenian Agora must have led to the legend that the building is non other than the Prison of Socrates, or an ancient bath, as guidebooks and history books inform us. During the WWII, the structure was used to hide antiquities of the Acropolis and the National Archaeological Museum sealed up behind a thick concrete wall, in order to protect them from the systematic theft by the German looters.​
A building, dated to circa 450 BC, is located at the southwest corner of the Athenian Agora, next to the ‘Street of the Marble Workers’. It is situated just outside the formal boundaries of the Agora and is surrounded by houses and workshops. The building measures 40 x 17 m (131 x 55 ft) and does not display the usual classical house plan, where rooms are usually grouped around a central courtyard. Instead it has a long corridor with five rooms on one side and three on the other and a walled courtyard at the far end. Possibly, this elongated building was the State Prison, with the eight rooms acting as prisoner’s cells. If this building was indeed the State Prison, it would be the place where the wise philosopher Socrates was jailed to be executed in 399 BC, by the poison hemlock.