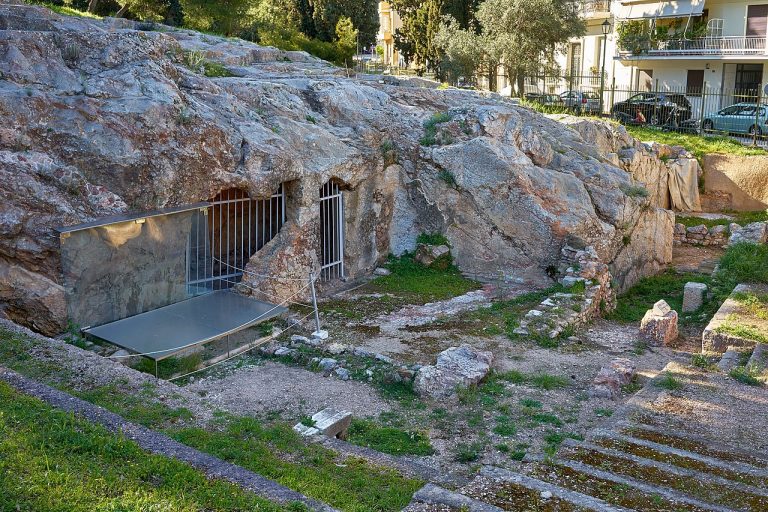 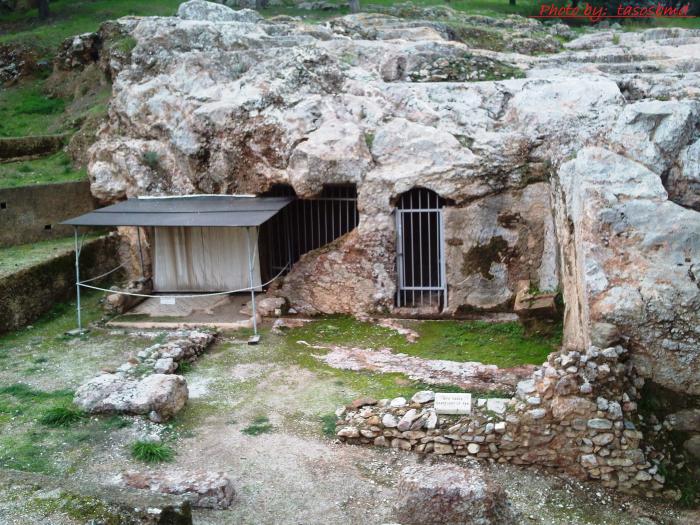 The slopes of the Acropolis were home to several sanctuaries that played a vital role in the religious lives of the ancient Athenians. Some of these places, especially on the South Slope, received monumental, architectural embellishments. But many shrines on the slopes were much simpler in nature and were places where divinities of nature, fertility, and healing were worshipped on a less monumental and on a more personal level.

Archaeological research conducted during the works for the Unification of the Archaeological Sites of Athens, close to the intersection of two ancient roads, revealed a cut in the rock and an underground chamber, accessible through a door-shaped opening. ​Excavation inside the chamber uncovered a relief towards the north wall, chiseled directly on the bedrock, representing semi-God Pan, a naked Nymph and a dog. The presence of this relief led to the identification of this monument as a thus far unknown sanctuary of Pan. The cult of Pan in caves is well documented in the countryside of Attica as well as inside the ancient city during the 5th c. BC.

Excavation on the exterior of the chamber also revealed wall paintings and a mosaic, both related to architectural styles of the late antiquity. In close distance above the chamber, the coursed roadway of the “East Road” chiseled on the bedrock, is still visible, as well as important remains of two houses cut on the rock of the classical period, with an intact system of subterranean cisterns.