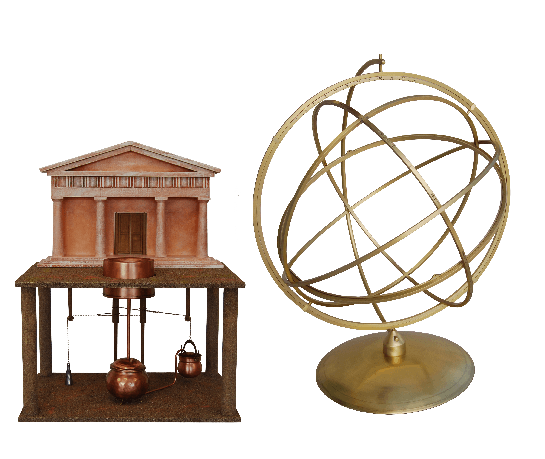 Previous Next
MUST VISIT Category: Museums

Vision of the Museum is to promote the technological miracle of the Greek antiquity.

Robotics and computers, steam-driven and gas propulsion, automotive and automatic navigation, automation and automation programming, telecommunications and encryption, geodesy and mapping, utilization of hydraulic and wind energy, the application of belt conveyance, gear pair and chain drive and many other sciences and techniques have been devised in Ancient Greece.

The museum studies, highlights and presents to the Greek and foreign visitors the technology of ancient Greeks, an extremely important but relatively unknown aspect of the ancient Greek culture.

Technology’s role is indisputable in the development and blooming of any civilization, let alone the ancient Greek one, which gave to mankind unrivaled creations that we know and admire – from the Antikythera Calculating Mechanism to the Acropolis and the Parthenon.

The course of the Western technological culture is not a rising curve of development, as usually believed, but a rapid growth and peak reached in the 3rd century BC, a retreat and loss of this technology throughout the upcoming centuries and then its gradual re-establishment, with the 13th century AD being equivalent to state-of-the-art technology of the early 2nd century BC.