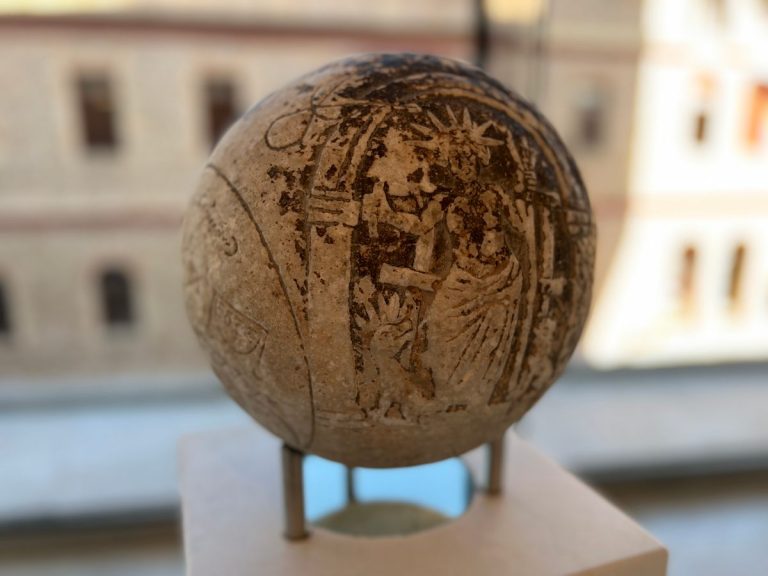 THE CELESTIAL SYMBOLS COVERING THIS odd orb bewitch the imagination. And according to some, that’s exactly the point, as it’s thought the ancient Greeks may have used the sphere in magic rituals.

The large marble sphere was found in 1866 at the Theater of Dionysus, which stands at the foot of the famed Acropolis. It’s believed the curious orb was created sometime between the second and third centuries CE.

Not much is known about the strange sphere. Because it was found buried near the Theater of Dionysus—a place where duels and various sporting events were held—it’s said the ball may have been used in magic rituals by those hoping to win.

The carvings adorning the sphere are mysterious and mystical. Most agree the human figure is a depiction of Helios, the god of the Sun. He sits atop a grand throne, clutching a whip in one hand and three lit torches in the other. A great beast rests at his feet, which is said to be either a lion or a dog and is thought to represent a constellation.

Other animal and celestial symbols cover the rest of the sphere. Scan the globe, and you’ll come across a whole medley of magical,