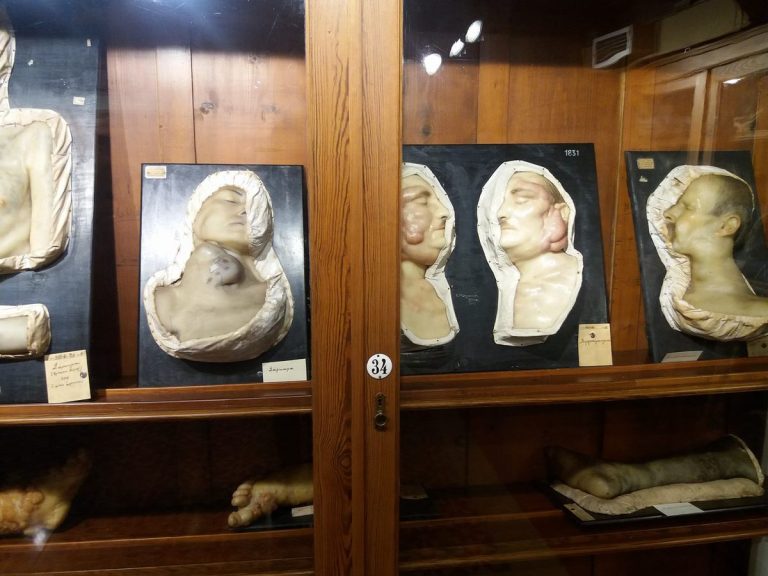 THIS UNEXPECTED MUSEUM IS LOCATED inside the Andreas Syggros hospital of dermatological and venereal diseases in the center of Athens. Here, rows and rows of grotesque wax models depicting skin conditions and sexually transmitted diseases are kept inside glass showcases and displayed to the public.

The museum contains around 16,600 pieces, making it one of the largest collections of this kind in the world. All of the wax models, which include faces, limbs, and entire bodies, are a reproduction of symptoms observed in patients at the hospital between 1913 and 1958.

The hospital decided to open an educational unit in 1912 and worked with craftsmen to create this 3D anatomical collection. At the time, the models were used to train new doctors and dermatologists and raise public awareness about STDs. Today, the renovated space functions as a museum of medical art tucked within the hospital downtown.

The evangelismos metro station is the easiest way to get to the site. The museum is open Tuesday and Thursday from 9 a.m. to 1 p.m.