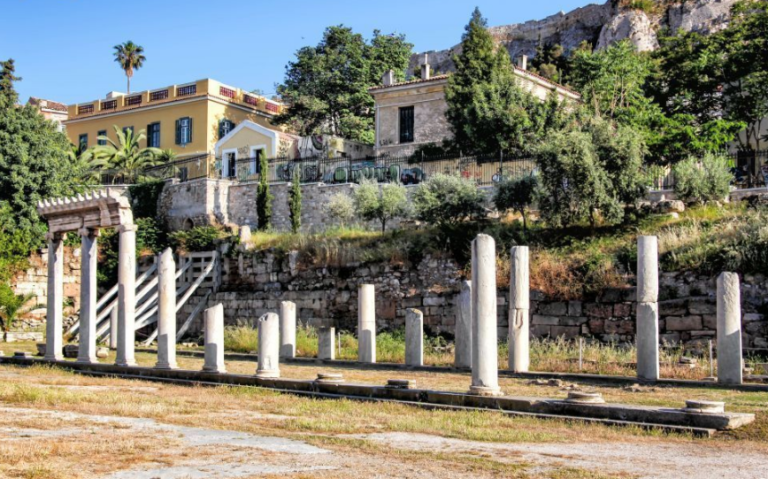 According to archaeologists, it was constructed in the 1st century BC and an inscription informs us that it was built with money from Julius Caesar and Augustus. The Roman Agora consisted of a large, open courtyard surrounded by colonnades on all four sides. On the east side was a row of shops and on the south side was a fountain. The main entrance was to the west, but there was also another entrance leading to the Wind Tower, an octagonal building used to tell the time and predict the weather.

During Hadrian’s reign, the Roman Agora was paved with slabs and a library was built nearby, the famous Library of Hadrian. After the Herulian invasion in 267 AD, the Roman Agora became the commercial and administrative centre of Athens. Over the centuries, Venetian and Ottoman invasions destroyed the site and gradually the area gradually became covered with houses, workshops, churches and mosques. One such mosque still exists today next to the Roman Forum, the Fethiye Mosque.